Why Do Some People Want to Destroy Other People? 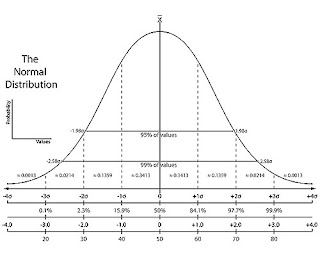 My answer to this question on Quora here: https://www.quora.com/Why-do-some-people-want-to-destroy-other-people

Often they do it, because those who destroy others’ lives are themselves miserable or have destroyed their own lives.

Another reason is to advance objectives that are held by the person or held by the people the person works for. Alphabet agencies like CIA, NSA, NSC, BND, MOSSAD, UNO,… there are even documented examples of Microsoft, Apple, Google, Twitter, and Facebook having exhibited this behaviour.

They usually harbour some form of disdain for others or humanity as a whole. Or they are incapable of human properties like empathy (pathology of some kind).

Humanity is comprised of many spectra; those of ideologies, values, goals, methods, knowledge, power,… These spectra, when placed upon their side like a sine wave (which is actually a spiral), look like Bell curves of some type. There are many variants of these curves.

Here are a few examples:

Note how each Bell curve exhibits specific properties. Among those properties are the distribution of an inherent ‘population’. The population of the curve could be anything, not just people. They also have outliers. Those of the population which exist on the extreme left or right of the curve.

If we had a particular set of properties to examine, we may place the distribution of this property into one or more of these curves. Let’s take banksters, who can be, and usually are very destructive.

We would have at least 5 curves to describe their population.


You could continue in this vein to describe them so uniquely, that even language can’t keep up with its ‘granularity’ (increasing specificity). Things like available resources, socialising debt, privatising profit, corruption, warmongering, demographic changes, jail time, manipulative tendency, fear,…
That is where language is then transformed into knowledge.